Winter is coming and I'm not hatless anymore! 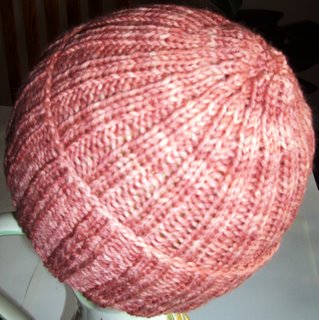 Yesterday gave us a taste of what's inevitable coming - winter. After the warmest fall I've had since I moved here, winter is knocking on the door. It was stormy, all doors and windows were rattling like crazy, and the dogs thought there was someone at the window, because a branch of a yew tree was scratching at the window in the living room. It was gloomy, rainy and very cold. The hat I made for myself was claimed by DD, so I dropped everything I was working on and cast on for this hat. It's 100% wool and I like the almost solid color. The yarn is Araucania, Nature Wool Chunky and I've used 6.5mm needles. I finished it this morning. I made it long enough to fold it over once. It's not an exciting hat, but a warm one. Cold weather here I come! 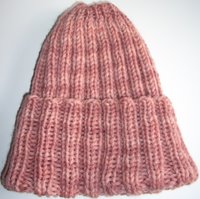 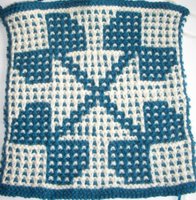 I've finished two of 63 squares for Hannah's Magic Mosaic Blanket. This is so much fun! 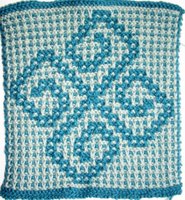 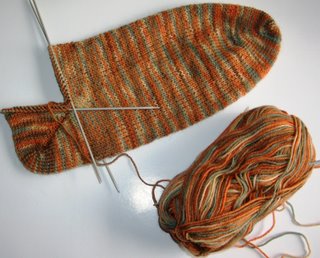 That's how far I got with the simple socks, it's just the one sock so far, right after the jojo heel. I love this heel. The yarn was striping nicely until I've increased six stitches an inch before the heel started. There was slight pooling, but nothing to obvious. I love this color, as I said before and I can't wait to wear them. 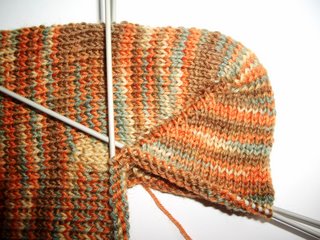 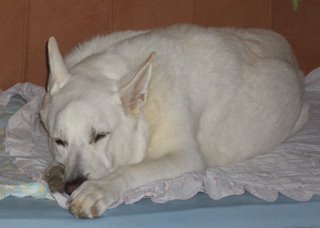 Sam's dozing, waiting for Monday. Well, he isn't, but I am. He's full with meds. His diarrhea is under control, but we still had a run outside once during last night (wished I had my hat then). But he's more alert (not that it looks like it in the picture) and he even threw his new nylabone around for a while.

So, now I'm thinking whether I'm in decorating mood or not.

Have a nice weekend!

For Gillian: Since I can't get in touch with you any other way, I'd like to thank you for your comments past and future! ;o)
Posted by Monika at Saturday, December 02, 2006

Those basic hats are the ones you end up wearing the most- I love that wool!

It's going to be fun for me to see the mosaic squares as you make them - What a beautiful blanket it will be!

Hat's really nice. My you are a fast knitter! I love the flying v scarf too!

I'm keeping an eye on your mosaic squares. It's going to be fun seeing which designs you pick to knit :)

You new blanket is gonna be so pretty!
Poor Sam, I hope he's ok...the cold can't be making him feel to great :(

what is the yarn for those socks, and what heel? it all looks great.
the hat as well! i really like the simple ones which actually look classy!
take care, and "gute Besserung" to the canines! they do keep you on your toes!

Okay, what's the jojo heel? I haven't heard of that one, and I thought I had done a lot of heels! It looks like a good one.